Developmental Action without Borders /Nabaa’ and funded by the embassy of Finland, have organized a conference under the framework of “Community empowerment to contribute in preventing of early marriage project”.
The conference has been held in Rachid Karame cultural center in Tripoli on the 26th of November 2018 in the presence of the cleric Waleed Ismail the Director of Public Relations in Dar al-Ifta in Akkar, the clergy Elias Jarjes, Archbishop of the Maronites, Ms. Laura Sfeir Shandar, Chairperson of the Lebanese council to resist violence against women. In addition to the participation of a number of international organizations, bodies and local associations, as well as the administration of UNRWA in  the Northern District, the heads of Akkar municipalities and representatives of the Popular Committees in the northern camps and Educational, social and religious actors as well as many civil society figures.
At the beginning, a welcome speech was given to the participants in the conference. "After welcoming the audience, a short film was presented about the most important achievements and objectives of the project".
Mr. Abdul Latif Issa delivered a speech on behalf of Dr. Qassem Saad Chairman and general director of Developmental action without Borders / Nabaa’, in which he thanked in his name and on behalf of Nabaa’ all of the attendees for accepting the invitation and participating in this conference. Add to this, he mentioned the objectives of the project and noted the difficulty of men and women adaptation in the case of early marriage and how this leads to differences and conflicts and main problems as he emphasized on the need to discuss the results of the project with institutions and officials in order to work on how to prevent early marriage and to take a set of recommendations in order to take it into consideration in future projects as well as there were many interventions by attendees.
In the closure, the results of participatory rapid assessment in the targeted areas and villages of the project were presented as well as statistics that have been conducted by the teamwork on early marriage and its negative impact and the obstacles facing this marriage were presented and several details have been refuted this phenomenon... 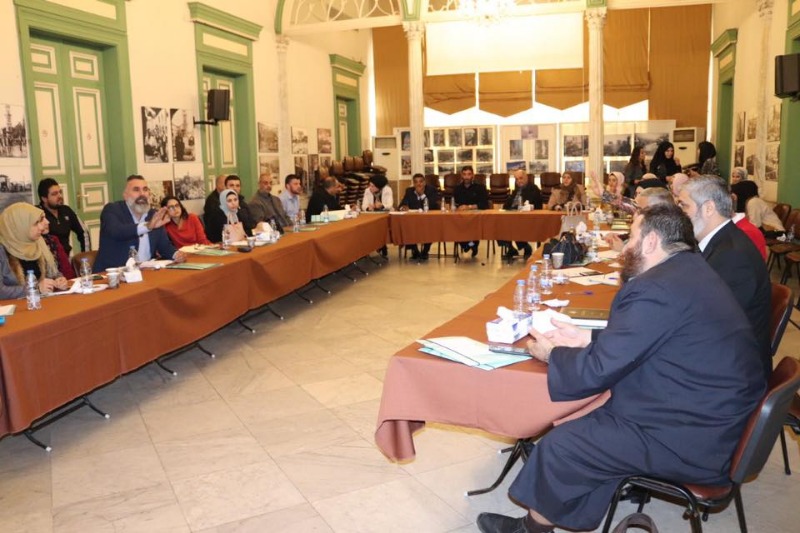 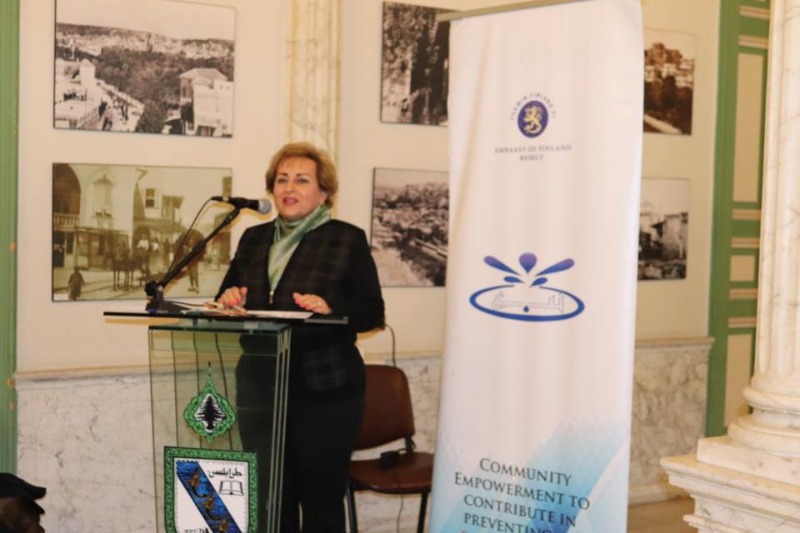 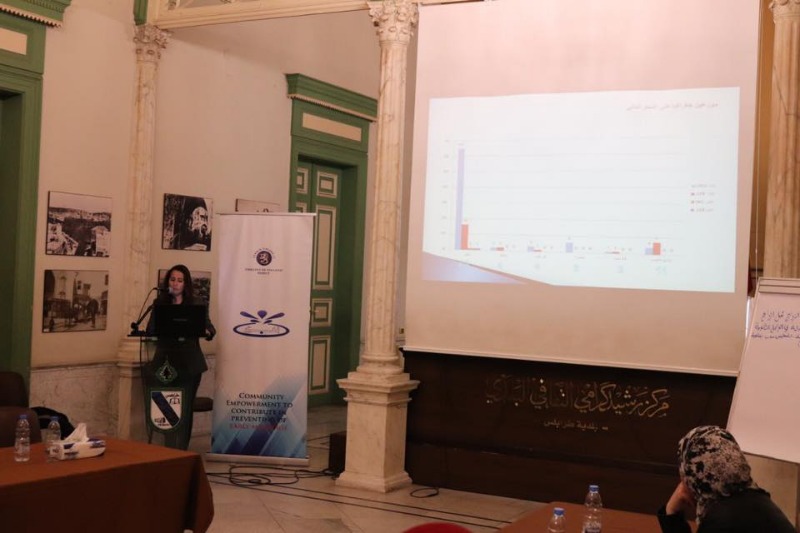 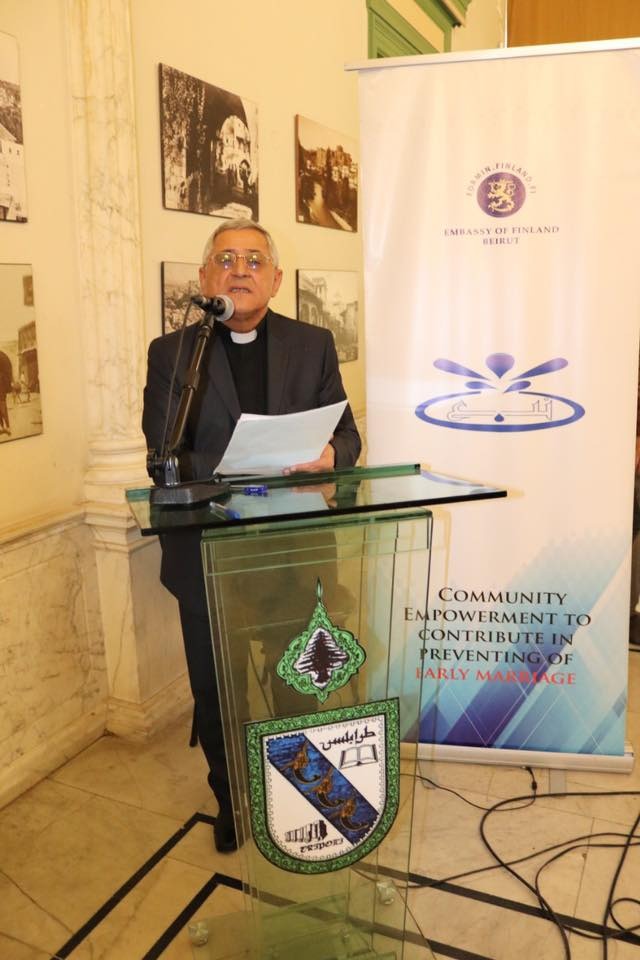 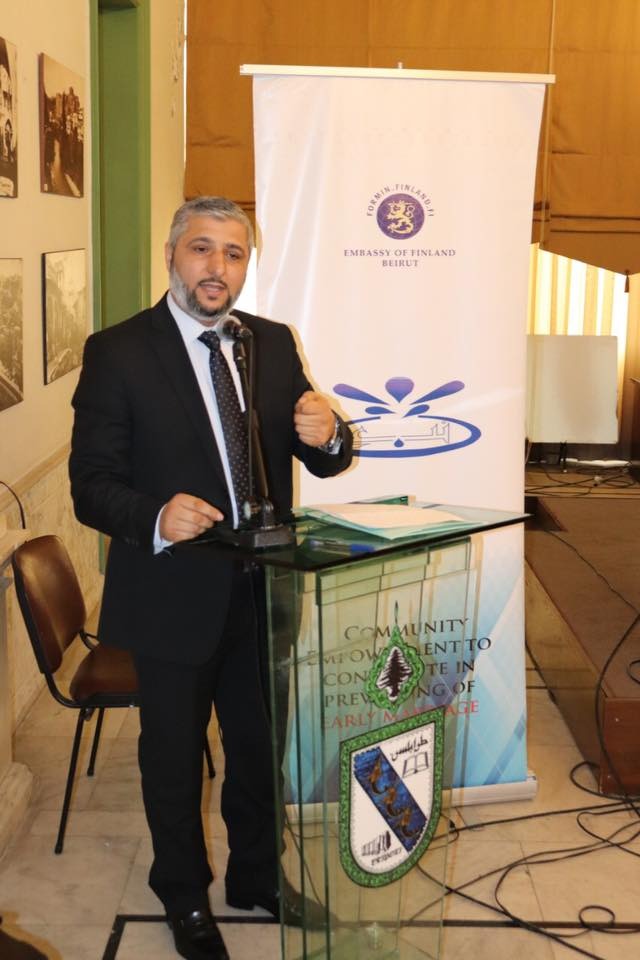 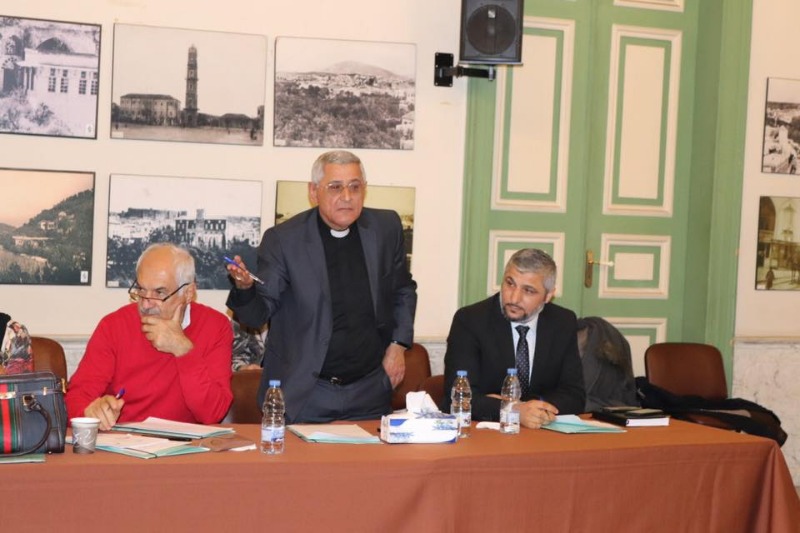 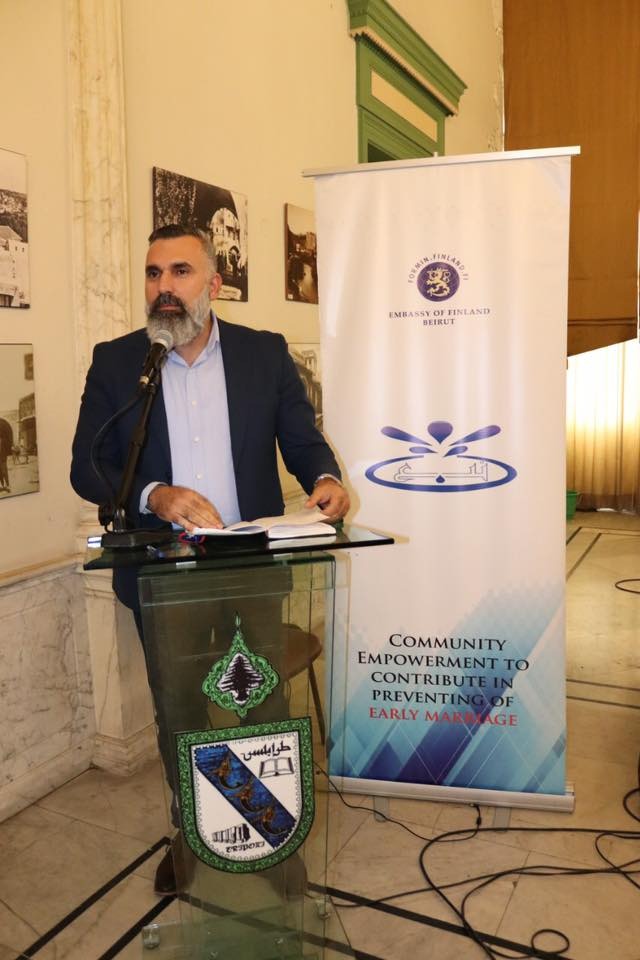